Rémi Geniet
Laureate of numerous international competitions, notably the second prize-winner at the 2013 Queen Elisabeth International Piano Competition and the youngest prize-winner of the Bonn International Beethoven Competition, Rémi Geniet is fast establishing himself as one of the most prominent pianists of his generation.
Rémi performs internationally with orchestras under conductors such as Marin Alsop, Emmanuel Krivine, Edo de Waart and Michael Sanderling. He appears regularly at the Auditorium du Louvre, Piano aux Jacobins, La Roque d’Anthéron International Piano Festival… and opened both the “L’âme du Piano” series at the historical Salle Gaveau and the “New Generation” series in the inaugural season of the Fondation Louis Vuitton to enormous critical acclaim.
Having studied at the CNSMDP with Brigitte Engerer and at the École Normale de Musique Alfred Cortot in the class of Rena Shereshevskaya, Rémi worked with Evgeni Koroliov in Hochschule für Musik und Theater in Hamburg. He also studied orchestral conducting with George Pehlivanian.
Both his debut all-Bach CD, which received a “Diapason D’OR of the Year” in 2015, and his second release of four Beethoven sonatas, also on the Mirare label, were unanimously praised by the critics. 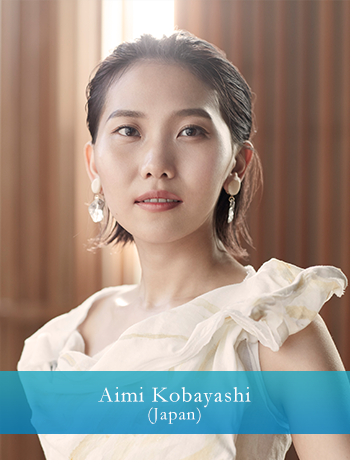 Aimi Kobayashi
Aimi Kobayashi was born in 1995 in Ube, Japan. She started playing piano at the age of three, made her concerto debut at the age of seven, and started her international career at the age of nine. Having four successful recitals in Carnegie Hall under her belt, she extensively performs all over the world.
Aimi also regularly performs with major orchestras, both in Japan and overseas, including the Orchestra of the Eighteenth Century under Frans Bruggen, the Moscow Virtuosi under Vladimir Spivakov, Orchestre Philharmonique Royal de Liège under Christian Arming and Tonhalle-Orchester Zürich under Kristiina Poska. In Japan she is often a guest with NHK Symphony Orchestra, Yomiuri Nippon Symphony Orchestra, Japan Philharmonic, etc.
Aimi records with Warner Classics, her latest album with Chopin: Preludes, Polonaise & Fantaisie was released in August 2021.
In 2015, Aimi became one of ten finalists at the Warsaw XVII International Chopin Piano Competition, returning back in 2021 and getting 4th prize at the Warsaw XVIII International Chopin Piano Competition.
She is currently continuing her studies with Meng-Chieh Liu at the Curtis Institute of Music. 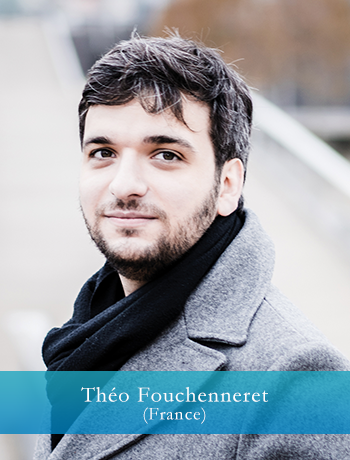 Théo Fouchenneret
Théo Fouchenneret won first prize at the Geneva International Competition in November 2018 before being named “instrumental solo revelation” at the Victoires de la Musique Classique in France. The same year he won first prize as well as five special prizes at the Lyon International Chamber Music Competition with the Messiaen Trio.
Applauded by large halls and international festivals, he performs with internationally recognized musicians as Victor Julien-Laferrière, François Salque, Lise Berthaud, Svetlin Roussev, Renaud Capuçon, Gérard Caussé, Eric Le Sage…
In 2018, Mirare released an album with the Messiaen Trio and clarinetist Raphael Sévère dedicated to Olivier Messiaen’s Quartet “For the End of Time”, as well as Thomas Adès’ Court Studies from the Tempest.
In March 2020, his first solo album had been released by Dolce Volta, a recording dedicated to Beethoven’s great Waldstein and Hammerklavier sonatas.
“We are struck by a presence and a full and intense sound. The contrasts quickly grip on us. Fouchenneret invites us to a real interpretation.”(Diapason magazine) 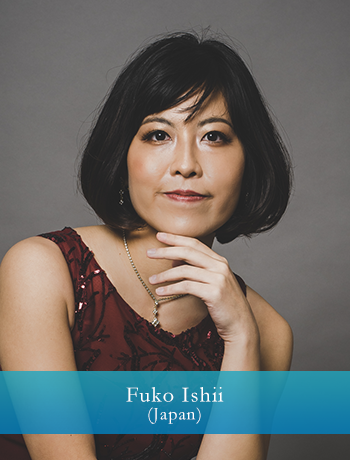 Fuko Ishii
Fuko Ishii was born in 1991 in Tokyo into a family of musicians. In 2019 she got a first prize at 2nd Brahms Competition in Germany and 3rd prize at the 26th International Brahms competition in Austria. In autumn of 2019, she won Jmanuel und Evamaria Schenk Stiftung Competition in Switzerland and gave a concert with Argovia Philharmonic and gave a debut recital in Stadt Casino Basel. In 2021 she was appearing as a Soloist with Kanagawa Philharmonic Orchestra, Basel Symphony Orchestra and Detmold Chamber Orchestra. Laureate of many competitions including the 58th all Japan Students Music Competition (1st prize), the 9th Ettlingen International Piano Competition (3rd prize), the 82th Japan Music Competition (1st prize). Her international performance as soloist and as a chamber music pianist includes concerts in Germany, Liechtenstein, Spain, Switzerland, and Romania. Fuko graduated with distinction from the Toho Gakuen School of Music in Tokyo, Hochschule für Musik und Tanz Köln and Basel Musik-Akademie with Prof. Gen-ichiro Murakami and Prof. Claudio Martinez-Mehner.
Her CD with Brahms Piano Pieces has released by Blüthner in 2021.

Under the auspices of