The Yokohama International Piano Concert is a prime example of Yokohama’s ongoing effort to promote the new and the best in culture.
Every year, as part of our efforts to discover and introduce new talent, we invite winners of international piano contests to perform at Yokohama Minato Mirai Hall.

This event was started in 1982 through the unstinting efforts of pianist, educator, and judge at many international piano contests, Yuko Yamaoka, her supporters and fans.

The first in this series was organized by the Yokohama International Piano Concert Planning Committee, the City of Yokohama, and the Yokohama Board of Education and held at the Kanagawa Prefectural Music Hall.
Later events in the series were held at the Kanagawa Kenmin Hall or Kannai Hall.
In 1998, the Concert was moved to the newly opened Yokohama Minato Mirai Hall, where it has been held ever since, organized by the Yokohama Arts Foundation with the cooperation of the City of Yokohama.

The 180 or more talented young pianists from 28 countries have graced the Yokohama International Piano Concert stage, playing either solo or with orchestral accompaniment.
Many have gone on to become top-ranked artists with distinguished careers.
For young pianists, participation in this Concert is a mark of distinction.

Selection of the pianists is the work of a planning committee composed of individuals who are themselves top-ranked performers.
To be eligible to participate, pianists must be thirty-five or younger and have won awards at two or more international prestige competitions.
Candidates are carefully screened before the final selection is made.

The Yokohama International Piano Concert is notable for its long history during which, from the very start, it has received warm and generous support from numerous individuals.
Particularly noteworthy is Osamu Hirose, who, in a time when facilities for practicing music were rare in Yokohama, built studios equipped with pianos at his own expense and provided them free of charge to the performers. Hirose was also responsible for many companies besides forming tie-ups with Yokohama Minato Mirai Hall and providing the financial backing without which the Concert would not be possible.
Another notable patron was the Hotel New Grand’s Noriyuki Hara, who proposed the formation of the Friends of the Yokohama International Piano Concert, to which many local companies and individuals who supported the Concert belonged.
Musical instrument companies have also been generous with their support.
At present Yamaha Music Japan Co.,Ltd. provides both comprehensive technical support and sponsorship.

The Yokohama International Piano Concert has become a cherished nexus for the performers, guests and others from Yokohama involved with the event to engage in cultural exchange.
In recent years, the Concert has expanded beyond its roots in piano to include master classes in chamber music, special lectures on tuning and baroque dance, and exchange meetings for children.
The continuing expansion of its scope has made it one of the world’s leading piano festivals. 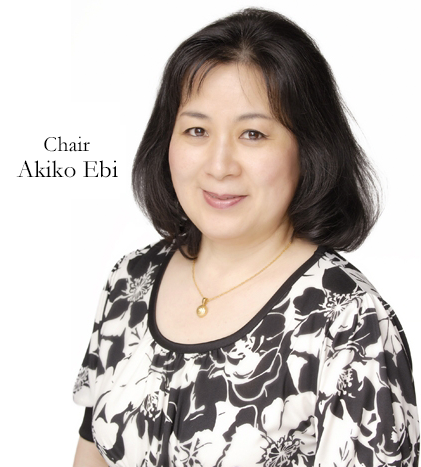 Founded in 1982, the Yokohama International Piano Concert aims to discover and showcase promising pianists from all over the world. This project is highly characteristic of Yokohama, which has long been a center for incorporating and disseminating new cultural phenomena.
The concert’s founding forty years ago was inspired by the passion of internationally renowned pianist Yuko Yamaoka, who declared that Yokohama should nurture artists from around the globe. Thus far, it has introduced 189 young pianists, including the four in this year’s concert, from 28 countries. These artists’ active careers testify to the significant role that these concerts play.
The Yokohama International Piano Concert has thrived for all these years thanks to the warm and generous support of its audience and supporters. We are profoundly grateful for the efforts of Osamu Hirose, who has kindly supported the concert since the very beginning, and of Yamaha Music Japan Co., Ltd., which provides, each year, the magnificent instruments on which the musicians play, and our generous sponsors. We also wish to express our gratitude to the city of Yokohama, Yokohama Minato Mirai Hall, and the distinguished members of the planning committee, who lent their highly trained ears to the task of selecting the pianists. We are utterly grateful to all who have helped make this concert a continuing success.

This year we have assembled a group of extraordinary pianists. Please come and enjoy their music. This year’s lecturers include Kazuto Ohsato, who, with the full trust of Sviatoslav Richter, has been in charge of tuning the pianos for most of the performances, and Tokimasa Sekiguchi, whose many publications include the Japanese translation of Chopin’s letters. Our plans also include an event at which elementary and junior high school students can meet and mingle with the performers.
In addition, plans for our 40th anniversary celebration also include a duo-recital featuring myself and another pianist you are sure to enjoy.
While the world remains in the grip of the global pandemic, strong steps are being taken to prevent infection. We invite piano lovers to join us in Yokohama, lend their ears to these performances, and provide their hearty support.

Akiko Ebi is a world-class pianist. Ebi developed her career after winning the 41st Music Competition of Japan in her freshman year at Tokyo National University of Fine Arts and Music. After graduating at the top of her class from the Paris Conservatoire, she studied in the graduate school of the Conservatoire as well.

Ebi won the 2nd Grand Prix of the Marguerite Long-Jacques Thibaud Competition, where she was also awarded four special prizes by jurors including A. Rubinstein. She also received the 5th prize of the International Chopin Piano Competition in 1980.

She has received numerous awards and official commendations, including the Frederic Chopin Society of Japan Award, two Japan Gold Disc Awards, the Chevalier of the Ordre des Arts et des Lettres from the French Government, a medal as an honorary citizen of Paris, and the Exxon-Mobile Music Award (Japan).

In recent years she has been actively engaged in the instruction of young musicians, and is a sought-after teacher of master classes in countries around the world.

Ebi was chair of the jury of the 8th and 9th Hamamatsu International Piano Competitions. She has served on the juries of many other major international competitions, including the Marguerite Long-Jacques Thibaud Competition and the 17th International Chopin Piano Competition in both the preliminary and final selections. She returned as a jury member of the 18th Chopin Competition in 2021.
Akiko Ebi is chairperson of the Planning Committee of the Yokohama International Piano Concert. She is a former Professor in the Graduate School of Nihon University College of Art, and a former Visiting Professor in the Department of Instrumental Music (Piano), Tokyo University of the Arts. She is also Chairman of the Frederic Chopin Society of Japan.

Under the auspices of